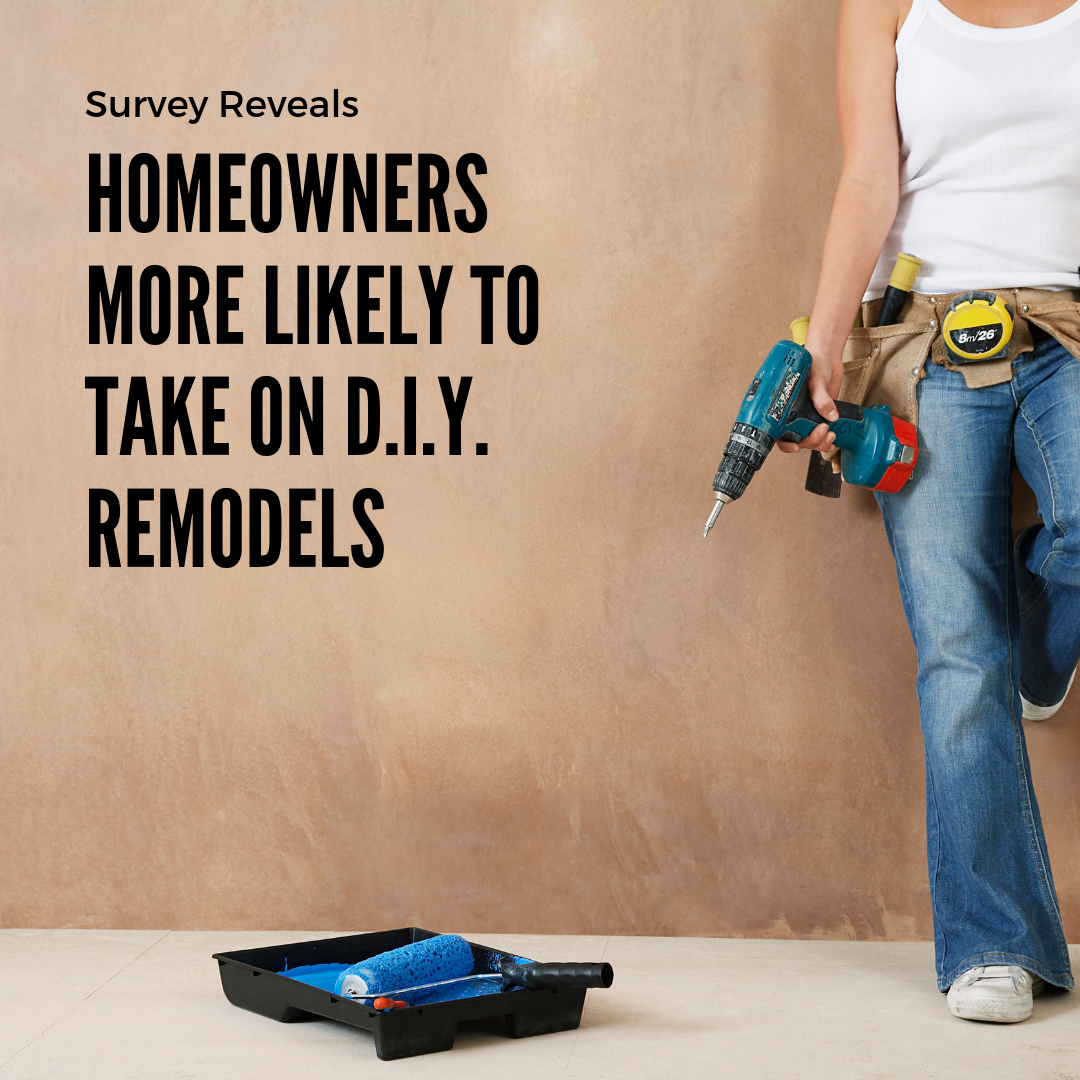 Homeowners looking to add personality and individuality to their home are more likely to undertake a do it yourself remodel than hire a professional, according to the National Association of Realtors' 2019 Remodeling Impact Report: DIY. The report also shows that cash-strapped millennials are the most likely of any generation to take on a DIY project.

The report examines the differences between remodeling when hiring a professional compared to homeowners who pursue “do it yourself” projects. The report also differentiates between projects that were undertaken to benefit the homes of consumers and those that benefit consumers’ pets.

According to the report, homeowners reported a “Joy Score” of 9.9 for projects done themselves (Joy Scores range from 1 and 10, and higher figures indicate greater joy from the project). That is compared to a score of 9.6 for projects completed by professionals. DIYers also expressed a greater sense of accomplishment with a finished project, with 97 percent of respondents indicating a major or minor sense of accomplishment, compared to 93 percent of those who hired a professional.

One of the pleasures of homeownership is the ability to take on projects to customize a house that truly make it your own. With plenty of owners taking on renovation projects as New Year’s resolutions, this report is a great place to search for projects others have undertaken successfully.

Nearly three-fourths of Generation Y and Millennial consumers (73 percent,) over half of Generation X (51 percent) and 50 percent of Younger Boomers choose to DIY home projects. Seventy percent of the Silent Generation indicated that they hired a professional to complete their project – the highest of any generation.

When it comes to projects undertaken for the benefit of the consumer’s pet, marginally more respondents indicated complete satisfaction when they hired a professional, 65 percent compared to 61 percent. However, consumers are more likely to DIY a project for a pet (56 percent) than a general home project (47 percent).

Anyone taking on remodeling projects to get the most bang for their buck on resale should speak to a Realtor, as they have unique and instrumental insights into which projects and upgrades bring the most value to homes in your area. 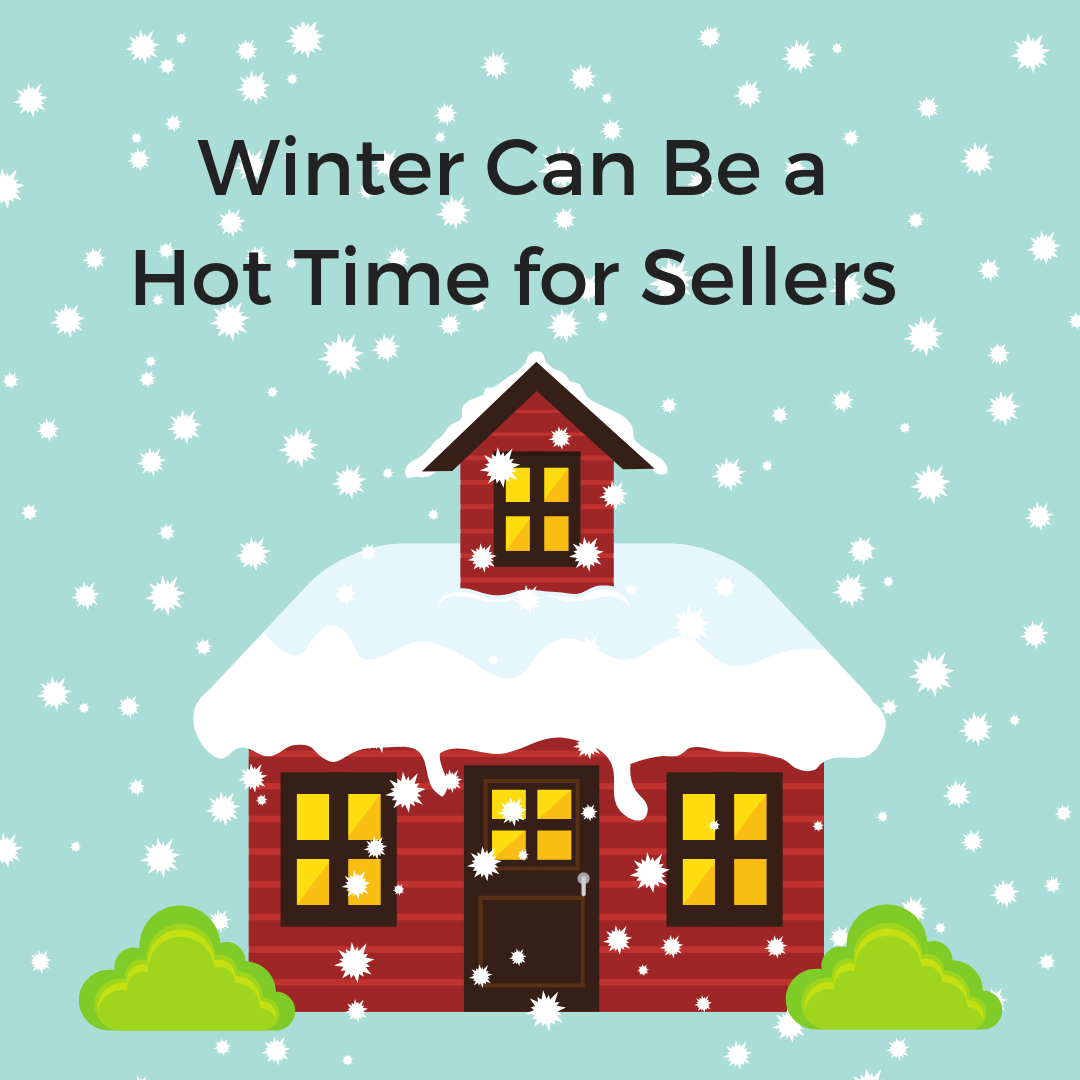 The days are shorter, it's cold and dark. The weather often gives people a reason to stay indoors. It's no wonder the winter months can also keep potential home buyers and sellers out of the market until the snow starts to melt and the spring season begins to bloom.

Yet, there are still advantages to selling a home during the winter, mainly due to inventory shortages and motivated buyers often willing to pay a higher price. Selling in the winter can pay off, but keep in mind, preparation is still needed for your home to stand out to potential buyers.

According to the National Association of Realtors®, nearly 80 percent of buyers’ agents said staging a home made it easier for a buyer to visualize the property as a future home. For homeowners interested in selling their home this winter, here are some typical listing and staging tips to keep in mind.

Get Cozy. It is important for potential buyers to imagine themselves living in your home, so it is a good idea to decorate for the season when opening your doors for interested buyers. When hosting an open house, consider lighting the fireplace, festively decorating or hanging lights to showcase a cozy vibe to which buyers can relate. Also, ensure your home is kept at a warm temperature so potential buyers are comfortable when they walk inside from the cold.

Clear the Way. Make sure to shovel your driveway and sidewalks and clear snow off any decks or patios. Potential buyers should be able to easily access your home without the danger of slipping on ice or tracking in snow. Also, remove any icicles or built-up snow from your roof, so that your home looks clean and ensure your “for sale” sign is easily visible in your front yard.

Work with a Realtor. Finally, be sure to work with one of our Realtors, who can share more tips for listing your home this season.