Save Your SearchRefine Search

Located in Essex County in the northeastern part of Massachusetts, approximately 23 miles north of Boston.  Andover is bisected by two major highway systems, Routes 93 and 495, and a number of secondary roadways including Routes 28, 133, 114 and 125. Public transportation is available via two commuter rail service stations from Andover to the metropolitan Boston area provided by the Massachusetts Bay Transportation Authority, and a regional bus service provided by the Merrimack Valley Transit Authority. Andover has two stops, Ballardvale and Andover along the Haverhill/Reading Line of the MBTA Commuter Rail, providing rail service from Haverhill to Boston's North Station.

Andover was originally settled in 1636 under the Native American name of Cochichawicke, a local waterway. The community was incorporated in 1646 as the Town of Andover, named after a town in England where many of its settlers had come from.

From the earliest days of the town, manufacturing has played a major part in its development. The region's first powder mill was established in 1775; the manufacture of paper began in 1789; and in the early nineteenth century, several woolen mills prospered. While all of these early forms of manufacturing have since moved away, Andover continues to attract major modern industries. 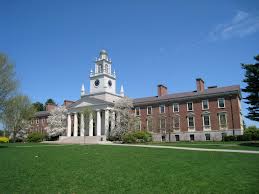 Andover is known for its forward thinking government, committed to quality, responsiveness, and service. The Town’s governing charter was enacted by the Legislature in 1956, and amended in 1974. The Charter authorizes an open town meeting-board of selectmen-town manager form of government. The Town is overseen by an elected five-member Board of Selectmen, and is administered by an appointed professional Town Manager, who also oversees approximately 20 departments and divisions. Andover’s public schools are overseen by an elected five-member School Committee, and administered by an appointed professional Superintendent. There are also various appointed boards and committees which have specific responsibilities concerning various aspects of town governance. Town Meeting, which is generally unique to New England, serves as Andover’s legislative body. It offers all registered voters of the community the opportunity to participate in the major decisions of the Town. Town Meeting is facilitated by an elected Town Moderator, who also responsible for appointing a nine-member Finance Committee, which in turn is responsible for advising Town Meeting on all matters brought before it.

The Town of Andover provides a full array of high-quality services to the general public, including: full-time police and fire protection; schools for grades kindergarten through 12 (one early childhood, five elementary, three middle, one senior high, and one reg. voc. tech. high); solid waste disposal and recycling; street maintenance and snow removal; public health and natural resource protection; elder, youth and veterans services; a full service library; and various parks, playgrounds, conservation lands, and recreational programs. The Town also operates its own water supply, purification, and distribution system; and provides sanitary waste disposal via connections to a regional treatment facility. During the summer months the Town operates Pomp’s Pond, a family and youth oriented recreation area located off Abbott Street, which includes recreational and instructional swimming; shaded picnic tables; boat rentals; volleyball; and a children’s playground. The Town of Andover is committed to a high degree of community responsiveness; providing high quality services to its citizens, and conducting all of its affairs in a professional manner.

Andover is home to businesses of all sizes. The town is known for its vibrant and diversified local economy. With its major intersecting highways, busy rail-line, and proximity to international airports in Boston and Manchester, Andover is a true business “cross roads.” The town offers several industrial parks, a thriving downtown central business district, and a number of mixed use commercial areas. Andover is a highly sought after location for large companies representing major industries, including those involved in defense contracting, computer hardware and software, biotech, and medical products. Andover’s ten largest commercial/industrial employers are Raytheon, Philips Electronics, Wyeth BioPharma, Putnam Investments, Vicor, Verizon, Compaq, Gillette, Smith-Nephew, and Comverse Network Systems. There are approximately 259 acres of developable commercial and industrial land remaining in town, as well as significant office space rental opportunities, suitable for accommodating almost any business need.

Widely regarded for its high quality schools and community spirit, Andover has evolved into a highly desirable community. In addition to offering a full range of housing options, from high-end single family homes, to low to moderate income rental and ownership opportunities, Andover’s real estate market has been historically strong and resistant to economic downturns. The community's physical proximity to Boston, the Massachusetts seashore, and the White Mountains of New Hampshire, along with excellent major highway access, all contribute to its broad appeal. Andover’s unique combination of physical, economic, governmental and social attributes create a highly desirable community for residents, businesses, and visitors alike. 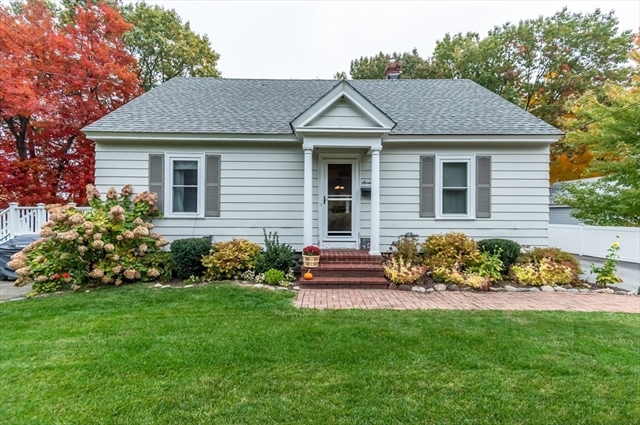 MOVE RIGHT IN to this adorable cape and make it your new place to call HOME! The private yard is partially fenced in and beautifully landscaped. Conveniently located to Rtes 495 & 93. Kitchen boasts plenty of cabinets, new SS appliances and granite counters. Dining room has 2 built-in corner cabinets and flows into a bright and open south facing living room. At the end of the hall is an over-sized front-to-back room which would make an amazing family-room, or divide the room in two for that new home office and a guest bedroom! A mud room with built-in cabinets and a full tiled bath with new floor/vanity complete the first floor. Upstairs features the large master bedroom and two additional ample sized bedrooms, along with a 2nd full bath w/ tiled walk-in shower and linen closet. Every room in the home has a mini split a/c unit! Boiler and hot water tank were replaced in 2018. A big compliment to this home is the above ground pool, newer trex deck and irrigation system! 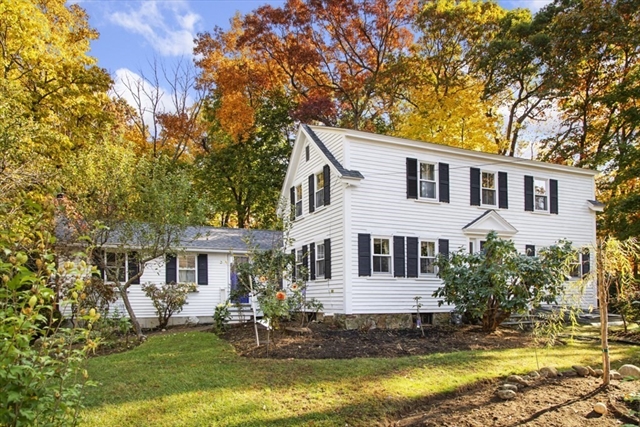 A wonderful blend of old & new character inside & in a location that offers proximity to town, schools (students - no need for the bus to middle or high school), highways, train, shopping, walking/biking trails & more! Find your peace in the midst of mature gardens surrounding the home - from coffee on your private back deck to trimming fresh cut flowers from your own front yard - it's hard to imagine such a sanctuary when you're so close to everything Andover has to offer. Inside you'll find the open kitchen space which is the hub centering many spaces for entertaining & zoom meetings. 4 bedrooms, 2 full baths and 1st floor laundry offer the function you need & the two first floor bedrooms offer the flexibility you want - think in-law, offices, zoom rooms, etc. Find more space in two basements - one of which is finished as a game room with wood stove & the other offering all the storage you'll need. Fresh exterior paint & a new roof top it all off! Book your showing today. 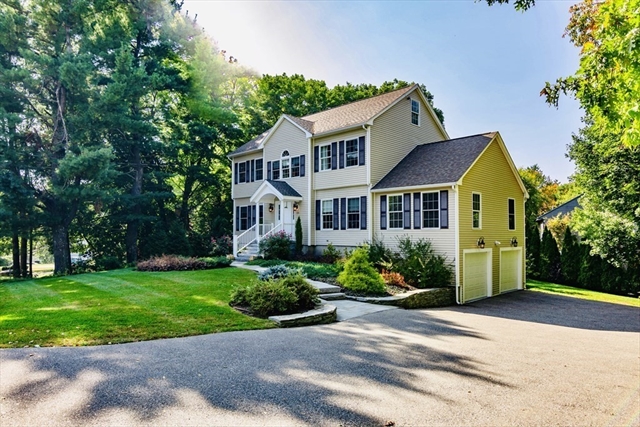 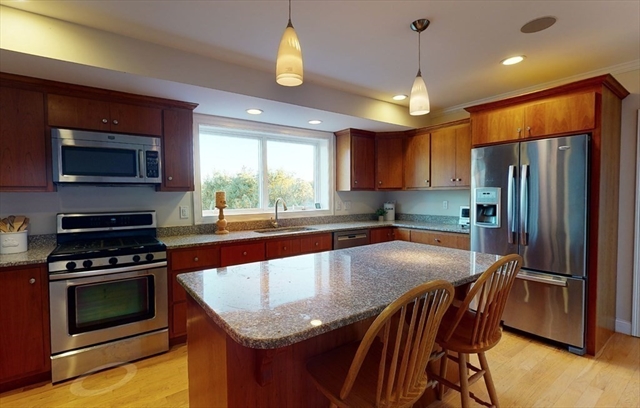 CUSTOM-Built Green Home, nestled in one of the more desirable locations in Andover. Walking distance to middle & high school means no car line or need for pkg permits. Built only ten years ago, this home has three (3) levels of living with an open floor plan and lots of sun. First floor office with its own private entrance plus a second office on the second floor are ideal for work-from-home life. Owners built this house to achieve two objectives; provide the highest level air quality through its whole-house built-in HRV (Heat Recovery Ventilation) System AND to achieve zero energy design. Enjoy a spacious living space while also being energy efficient w/an impressive high performance Insulated Concrete Forms building system from the ground up. It's also equipped with a full solar PV and solar hot water system, achieving net zero electricity costs. Huge yard with its very own stone-hedge rock garden! Bonus Backup Generator, Pellet Stove & Shed included in sale. 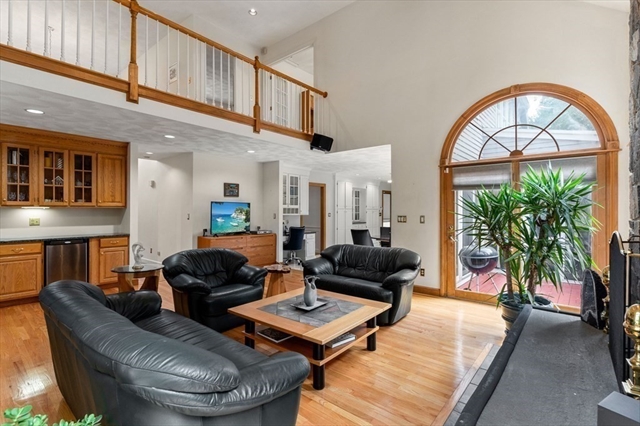 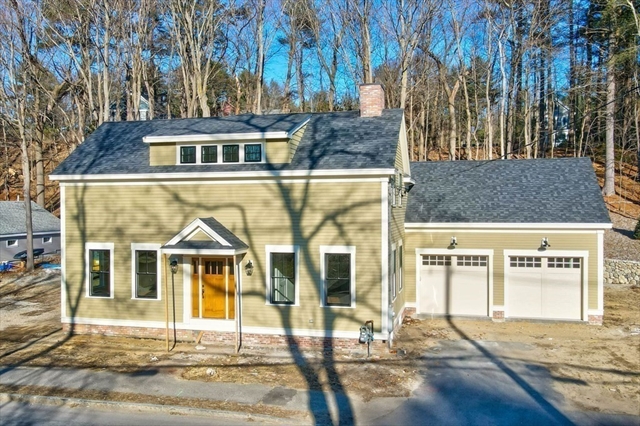 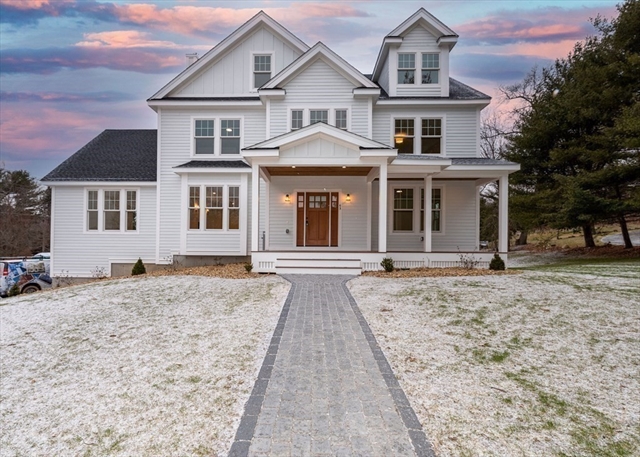 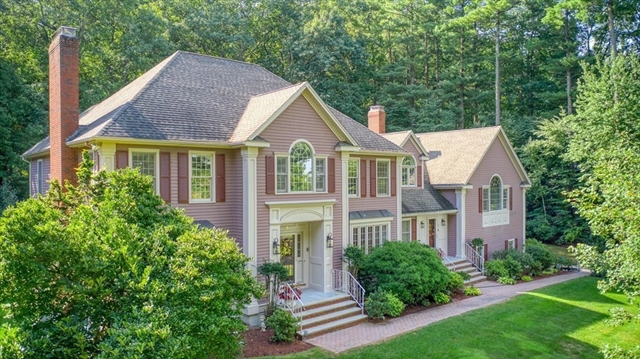 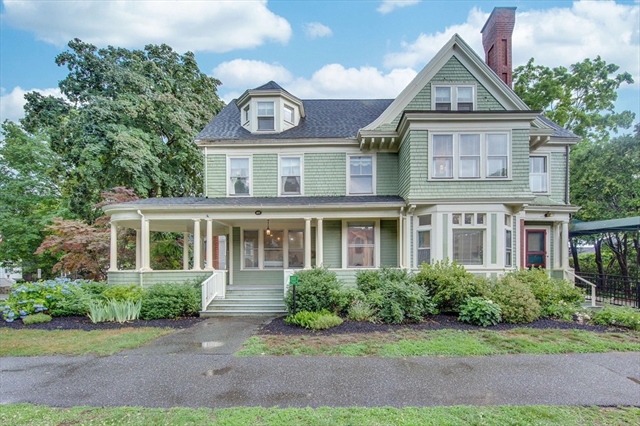 A landmark Victorian home situated on a level corner lot in the heart of downtown! The property is in the single family home district, and has superb visibility for your Professional Home Office located within your own residence. You may, of course, use this gorgeous single family home as a grand residence to enjoy all three levels and the beautiful front porch all to yourself! This prominent Andover home offers many key features including a newer roof installed in 2014, newer gas appliances and gas furnace, hardwood floors, a remodeled kitchen and bath, and beautiful original curved windows. The property formerly had the approval of a special permit allowing it to be used as a 3 family home. The main entry opens to a foyer, and a beautiful curved staircase and main hallway that welcome each level's doorway. After purchase, you might choose to pursue town consideration for re-approval of a multifamily permit. Come see this one of a kind property and make it yours! 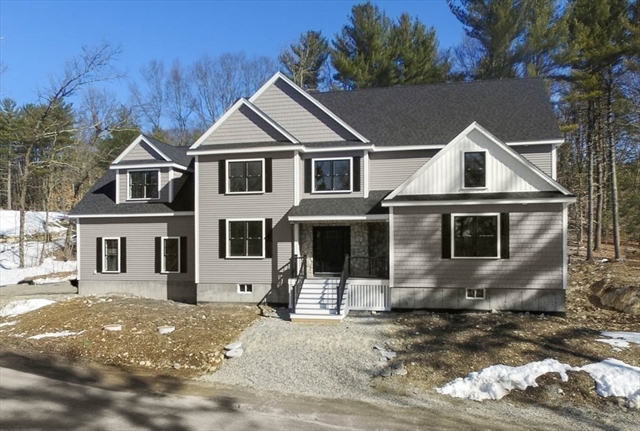